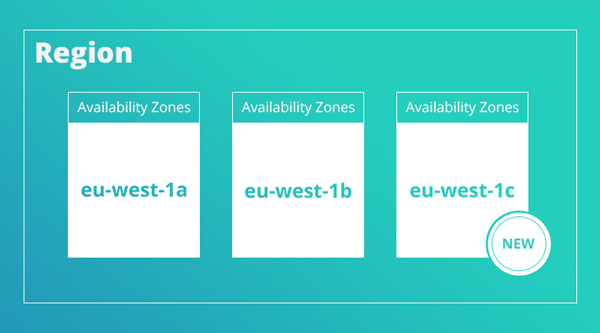 We’ve created a third availability zone named eu-west-1c in our region for you to use.

Why should I use three zones?

Network problems can cause serious issues between cluster nodes. When a subset of nodes is unable to communicate with one another but continue to operate independently, data can become out of sync. To prevent this “split brain” situation a quorum, majority vote, is established authorising only one subset of nodes to continue operations, providing safe automatic failover. And by expanding your cluster to the third Fuga zone you add redundancy, improving service availability and in turn increase your end user satisfaction.

Next week, we’re finally fulfilling a promise long overdue. We’re delivering a new availability zone for the Fuga platform. As part of the preparation of a new Fuga region in our second data center, we’ve done a lot of work on our network configuration. Part of these changes is a rename of the current region to eu-west-1 and creating two new availability zones: eu-west-1a and eu-west-1b. These will replace the current zone ams, which will be phased out.