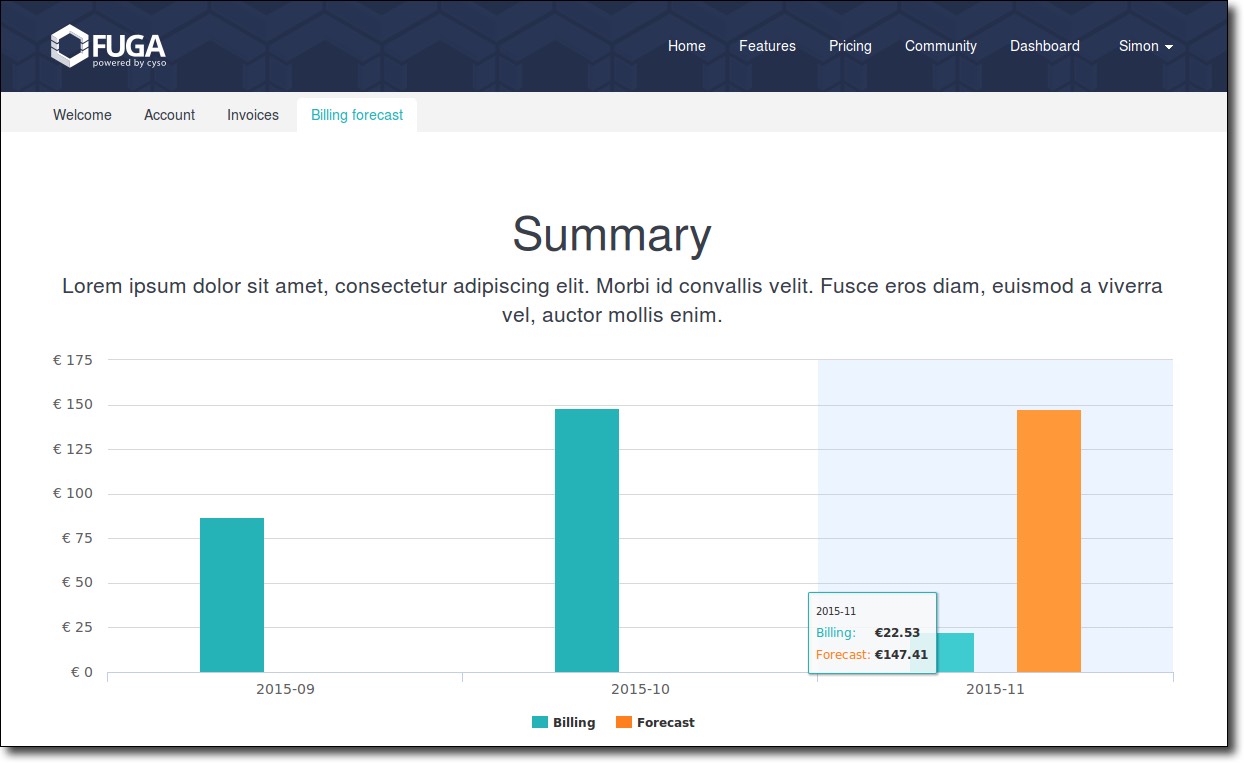 Our development team is currently in the final stages of adding functionality to the Fuga dashboard for live insight into the costs generated by your instances and storage. Because we’re now live with Fuga, we consider it important for our customers to be able to see how much they’re spending. This will prevent bill shock and should prevent unpleasant surprises.

At the moment, we’re still working on the latest functionality and are rigorously testing for possible bugs. We aim for the new features to go live within the next couple of weeks.

OpenStack Liberty released On October 15, the new version of OpenStack, Liberty, has officially been released. We have already started looking into the new release to flag the features we find most interesting and we will test them as soon as possible. We’ll create an internal proof of concept of the new release, perform compatibility tests and do a security review. Like with all previous releases, we intend to upgrade to this latest version as soon as we’ve tested the stability and new features.