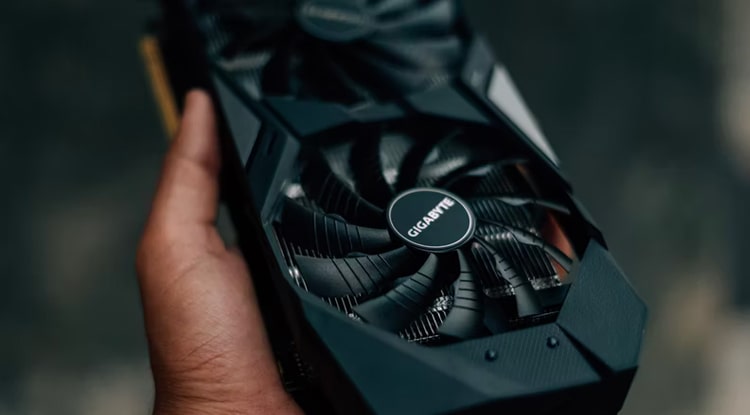 With Fuga Cloud, you can now also use High-performance GPUs. But what does a GPU do? And what is the difference with a CPU? When can’t you live without it?

CPU stands for Central Processing Unit, perhaps better known as processor and is part of a compute server. The CPU is the so-called brain of a computer, this part is responsible for executing computer programs, the calculations and instructions of a program. It is an important link for communication between the various system resources such as memory, disks and peripherals.

GPU stands for Graphics Processing Unit and this graphics card deals with the graphics. In other words, calculating the image structure and the display of images, 2D or 3D animations and videos. What’s so special about a GPU is that it can handle this calculation very quickly and it’s also powerful enough to perform multiple actions at the same time. A GPU takes over a lot of (computation) work from a CPU, which leaves room to perform other tasks.

Back in 2008, the Mythbusters - Adam Savage and Jamie Hyneman - explained the difference between a CPU and GPU in their familiar way, at NVISION 2008. Leonardo, a paint gun robot, demonstrated the operation of the CPU by painting a smiley face with a series of shots. The paint gun was aimed by having the x and y axes controlled by servos. Clearly visualised how a CPU - serially - handles each process before starting the next. Leonardo 2.0 was obviously the GPU brother. With 1,102 barrels, each individually powered by air pressure and each capable of firing a paintball, the parallel operation of the GPU became apparent. At the touch of a button, the most beautiful and fastest (80 milliseconds) smiley ever was created, a simple Mona Lisa.

You will understand that with such speeds you save time (and therefore cost savings) in the post-production of multimedia. That complex computations for scientific graphics are more manageable and that it is faster to organize unstructured data and extract the important information. And how about the optimal experience with Virtual Reality or gaming now that you can render high-quality images super fast.

In short, a high-performance GPU is desirable for multimedia, scientific research, virtual reality, machine learning, gaming and all other applications where high-quality images in combination with speed are indispensable.

Want to know more about Fuga Cloud High-Performance GPUs? Check out our product page and discover how you too can use our Nvidia T4 GPUs.

These are the hands of … Thomas Thomas is our new intern and would like to introduce himself. We have high hopes for this new team member as he has set the record for “rolling out OpenStack by interns”. Hi, my name is Thomas, and today I introduce myself :) For the Technical Informatics course, I will be doing my graduation internship at Fuga Cloud for half a year. Here they have a lot of expertise from OpenStack and I’m going to do research on collecting performance data from compute instances.