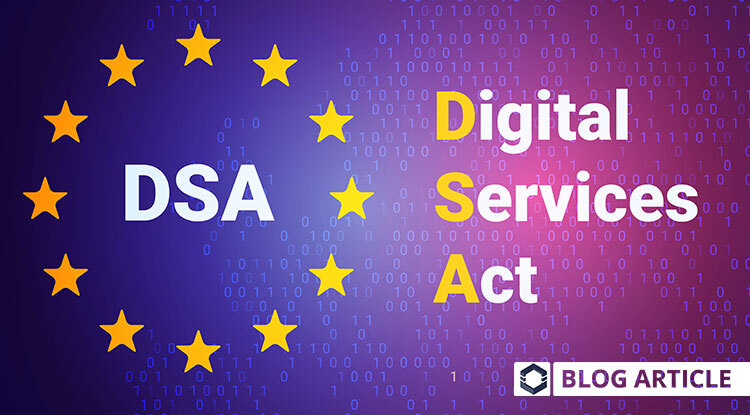 The current legislation has been in place for 20 years, but now the European Commission has two renewed legislative initiatives to improve digital services within the EU. The Digital Services Act (DSA) and the Digital Markets Act (DMA). It didn’t just happen overnight; they presented the proposals in December 2020, and the political agreement followed on 25 March 2022 (DMA) and 23 April 2022 (DSA).

The European Commission called it ‘an ambitious reform of the digital space, a comprehensive set of new rules for all digital services, including social media and other online platforms operating in the EU’. But will the DMA and DSA then be the solution for indistinct algorithms, dark patterns and grey areas, complicated and cunning cookie notifications, or checking fake news? The future will tell, but for now, at least there is a set of laws and regulations that apply throughout the EU. That should provide more clarity, transparency and security.

The DMA mainly focuses on the ‘gatekeepers’ of this world. A gatekeeper is a ‘core platform service’ such as search engines (Google), social networks (Facebook), video sharing services (YouTube), cloud computing services and a few other large providers and companies such as Amazon. Due in part to their size, they play a huge role when it comes to managing access between companies and their customers.

Digital service providers that connect consumers and providers have to deal with the DSA. Think of providers of content, services and goods, so think of CDNs (Content Delivery Networks), hosting providers and online platforms. The legislation here specifically concerns transparency in and with digital advertisements.

In short, “Everything that is banned offline should also be banned online”.

The DMA and DSA should provide benefits for the various parties and users;

For providers of digital services

For business users of digital services

For society in general

The laws will come into force 20 days after publication in the Official Journal of the European Union. Once the DMA has come into effect, the designated gatekeepers will have a maximum of six months to ensure they can comply with the obligations. The DSA will apply throughout the EU for fifteen months or from 1 January 2024, at the latest. However, the major online search engines and platforms only have four months to get their act together.

Will it now become an ideal digital world? Will we have more equaly and fair opportunities and not just a few main ecosystems owned by large platforms which dominate the digital economy and the world? But it is a good step in the Gaia-X idea, more honesty, transparency, cooperation and security. The future will tell.

Name: Bram Jobtitle: Python Developer/Backend Developer Employed at Fuga since March 1, 2022 What is your background (education, interests, experience, etc.)? I am very broadly interested. I like sports, currently in the form of mountain biking. Gaming also remains a fun activity, in which I also vary a lot in what I play. I also like to be creative, you can think of Photoshop, Illustrator, and After Effects. But I also love to draw on paper, make models from cardboard and tinker with wood.